Piedmont Office Realty Trust, Inc., a self-administered and self-managed real estate investment trust (REIT), announced that it has completed the purchase of Galleria 400 and Galleria 600, two office towers totaling approximately 860,000 square feet and an adjacent 10.2 acre land parcel entitled for one million square feet of additional development for a total of $231.2 million.

The acquisition is located within The Galleria, a master-planned, mixed-use development in northwest Atlanta with prominent visibility from I-75 and I-285.  Since 2015, Piedmont has assembled 2.1 million square feet of office space across five buildings along with three development sites, consolidating the project’s multi-tenant office buildings and 6,000-space structured parking facilities under a single owner for the first time.  Piedmont’s total investment in The Galleria is just under $500 million, which represents a significant discount to estimated replacement cost.

The Galleria offers unique direct access to The Battery – the mixed-use center which includes SunTrust Park, home of the Atlanta Braves, and the 4,000-seat Coca-Cola Roxy Theater, as well as over 500,000 square feet of dining and entertainment options. The Galleria includes office, multifamily and retail, along with a four-star hotel, the Cobb-Galleria Convention Center and the Cobb Energy Performing Arts Centre.

“We are extremely excited to add Galleria 400 and 600, along with one of the best developable land sites in the city, to our unparalleled position within the growing northwest Atlanta submarket.  This acquisition exemplifies our strategy of aggregating high-quality, amenitized assets in dense, walkable environments which give us the ability to create unique community-building experiences for our tenants.  When we acquired Galleria 300 in 2015, we boldly imagined the environment a single owner could create adjacent to the unique amenity set evolving in The Battery.  Today, the first step of that vision becomes a reality and marks the beginning of Piedmont’s transformation of this prominent Atlanta mixed-use development.  We look forward to partnering with Cobb County, Childress Klein and our other neighboring owners to further activate, reposition and energize The Galleria to deliver a vibrant, distinctive environment which helps our tenants attract and retain top-tier talent and benefits the surrounding community.” said Brent Smith, President and Chief Executive Officer for Piedmont. 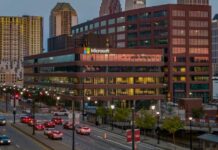 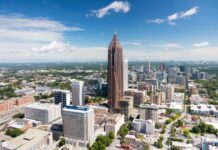 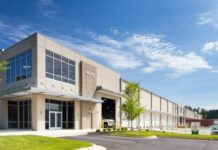 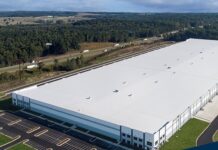 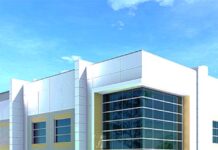 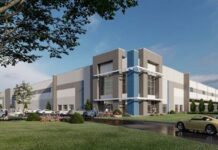 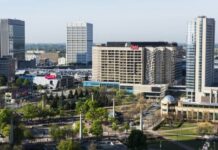