WeWork will occupy three entire floors of the prominent tower at 200 South Orange Avenue across more than 70,000+ square feet with workspace for more than 1,000 WeWork members. WeWork members will also have access to the on-site state-of-the-art fitness center and conference center. It is expected to open next year.

“WeWork is excited to call the City of Orlando our newest home in Florida,” said Bobby Condon, Southeast General Manager for WeWork. “When we look for new markets, we keep our members at top of mind and strategically seek out high-growth areas where they can seamlessly live, work and play. WeWork at 200 South Orange Avenue will place our members in the heart of downtown Orlando’s Central Business District. We look forward to bringing our global platform to the creators of Orlando as we plant and expand our footprint in one of the state’s most populous metropolitan areas.”

“When you think of Orlando, you may immediately associate our city with theme parks and a world-renowned reputation as a vacation destination, but you may not know we have worked hard in recent years to diversify our economy and grow Orlando’s reputation as a place of innovation and collaboration,” said Orlando Mayor Buddy Dyer. “WeWork is a welcome addition to our city, not only providing new opportunities and experiences for the community, but also encouraging strong co-working relationships where entrepreneurs and large companies can work together to pursue their dreams and achieve their goals.”

“We are thrilled to welcome WeWork to Orlando and to downtown’s premier office address,” said George Wells, Piedmont’s Executive Vice President of the Southeast Region. “The project’s pending upgrades will provide a truly unique experience for our tenants and for WeWork’s members. We are excited to reimagine and enhance Orlando’s most iconic office tower, and we look forward to seeing the vibrancy that WeWork’s members will also bring to this project.”

Piedmont, one of the largest owners of Class A office space in metropolitan Orlando, recently unveiled plans for major upgrades at the project including a full lobby renovation, redesign and activation program for the property’s distinctive park, a new rooftop terrace, and even a food hall offering multiple cuisines. WeWork worked closely with Piedmont to execute the lease, as well as coordinated with the Orlando Economic Partnership and the City of Orlando ahead of this announcement.

“WeWork’s welcoming and collaborative space fits right into what our region is all about,” said Tim Giuliani, President and CEO of the Orlando Economic Partnership. “After leading the nation in job growth for four consecutive years, it’s easy to see why Orlando is a natural fit for WeWork. Their presence in downtown Orlando will significantly enhance co-working options in our booming region, which means more location opportunities for our business community to create great jobs.” 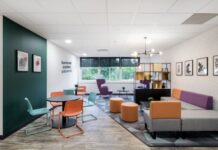 Värde Partners to sell BizSpace to Sirius for £380m 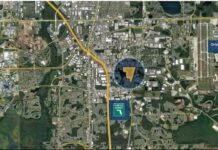