Residential building climbed 4%, lifted by a rebound for multifamily housing.

Nonbuilding construction also edged up 1%, helped by the start of a $1.0 billion natural gas pipeline in Oklahoma and several large electric utility projects.

“January’s slight increase suggests that construction starts are beginning to stabilize after the diminished activity reported at the end of last year,” stated Robert A. Murray, chief economist for Dodge Data & Analytics.

“In early 2019, there are several near-term positives for construction,” Murray continued. “Interest rates  have settled back from levels reached during last year’s fourth quarter, material prices appear to be rising more slowly, and the partial government shutdown was brought to a close. The federal budget deal signed into law on February 15 included a 2% increase to $45.3 billion for the federal-aid highway obligation ceiling, as called for by the 2015 Fixing America’s Surface Transportation Act. However, the benefits of tax reform on economic growth are expected to wane this year. Furthermore, the most recent survey of bank lending officers conducted by the Federal Reserve suggests that a more cautious lending stance emerged during the latter half of 2018, especially with regard to loans for multifamily projects.”

In January nonresidential building was $245.2 billion (annual rate), up 1% following a 13% slide in December. The commercial building categories as a group rose 4% in January.

Office construction picked up the pace, climbing 18%, and featured groundbreaking for these large projects – the $550 million Reston Gateway office complex (Block A and Block B) in Reston VA, the $350 million Hines office tower in Houston TX, the $225 million Amazon at Seaport Square office building in Boston MA, the $180 million Oracle office complex in Austin TX, and the $150 million Amazon Urban Treehouse office building in Seattle WA. Hotel construction in January rose 10%, helped by the start of the $245 million Westin Anaheim Resort Hotel in Anaheim CA, while the commercial garage category advanced 21%. Limiting the January increase for the commercial building group were declines for warehouses, down 13%; and store construction, down 24%. Despite its January decline, the warehouse category did include the start of several large projects, including a $95 million warehouse complex in Kenosha WI and the $90 million Savannah Port Logistics Center in Pooler GA. Manufacturing plant construction in January grew 9%, boosted by the start of a $125 million steel plate mill in Baytown TX 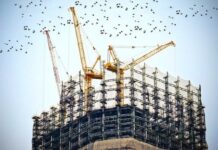 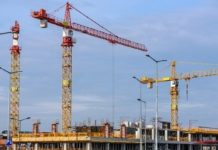 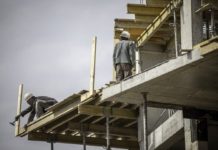 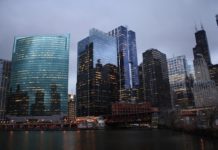 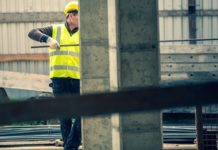 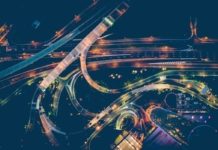 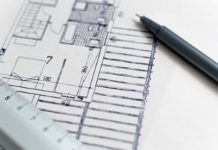 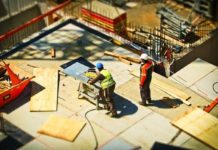