“New York City is one of the top business and leisure destinations in the world and the openings of these two hotels exemplify Radisson Hotel Group’s continual growth in the hospitality and travel industry,” said Ken Greene, president, Americas, Radisson Hotel Group.

Radisson Hotel New York Midtown-Fifth Avenue features 230 guest rooms and suites. Located in the heart of Manhattan, the hotel is within walking distance of New York’s top attractions, including Times Square, Central Park, Rockefeller Center and 5th Avenue shopping, as well as nearby subway stations for easy access around the city.

“We are honored to open this hotel in the Financial District under the esteemed Radisson brand,” said David Hayes, general manager, Radisson Hotel New York Wall Street.“Our hotel enables guests – particularly those traveling for business – to focus on their work-life integration and find harmony in their travel experience through our positive environment and Scandinavian inspired hospitality.”

Signed in Spring 2018, the Radisson Hotel New York Times Square is now available for pre-booking for stays beginning in late 2019. The 320 room newly constructed hotel is located at 525 8th Avenue. 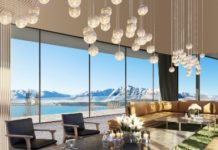 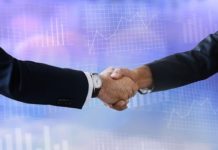