A joint venture between Starwood Capital and Vanderbilt Partners has acquired the Campus at Arboretum (“CAA”), a 319,000 square-foot suburban office campus located in Northwest Austin, Texas.

Campus at Arboretum is located in a prime location within the Austin MSA and benefits from its proximity to both the Arboretum and the Domain, a 304-acre mixed-use development known as Austin’s “Second Downtown.”

CAA features a desirable, consolidated and unique campus vibe with accessible walkways connecting five separate buildings. Given its close proximity and convenient access to the Commercial Business District and the Domain, the campus is well positioned in Austin’s most active and strongest performing office submarket.

“Austin has benefited from robust corporate activity in recent years and we believe the market is well-positioned for continued growth. Starwood Capital is a top five owner of office properties in Austin and has been experiencing significant outperformance with our existing investments in the market. Campus at Arboretum is an attractive opportunity for us to further expand our substantial holdings in Austin and continue to benefit from our vast knowledge and experience in the region,” said Mark Keatley, Managing Director, Acquisitions at Starwood Capital.

”We believe Austin is one of the best office markets in the United States..”

“We are excited to partner with Starwood Capital on this transaction. We believe Austin is one of the best office markets in the United States and, with a unique campus setting, this property enables superior tenant retention and very attractive cash yields,” said Casey Wold, Senior Managing Director of Vanderbilt Partners.

The Austin metro area leads all major U.S. metros in population and job growth over the last 10 years, with household income growth and labor force participation rate rates above average compared to all U.S. metro areas. In addition to strong population and employment growth, the Austin market benefits from sustained corporate activity and relocations as well as a labor force that ranks among the highest educated and most productive in the United States. 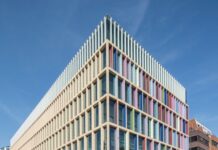 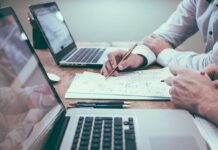 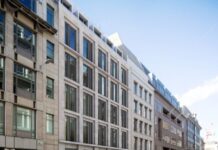