The social and mobile games developer Zynga has signed a sale and leaseback agreement with Beacon Capital Partners, an American private real estate investment firm based in Boston, Massachusetts, for its San Francisco headquarters building.

Zynga will leaseback space within the building and remain headquartered in San Francisco.

Zynga expects to receive a net cash benefit of approximately $600 million in 2019. The closing of the sale of the building is expected to take place before the end of July 2019.

In 2012, under Mark Pincus’ leadership, Zynga purchased the building for $234 million.

“We are proud to operate Zynga’s headquarters from San Francisco, which is home to many of our talented studio and business teams,” said Frank Gibeau, Chief Executive Officer at Zynga. “Zynga’s building sale delivered a strong return, and we look forward to investing the proceeds into future growth.” 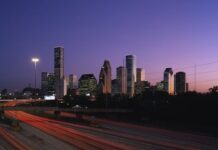 Nuveen Real Estate buys nine multifamily properties in the US