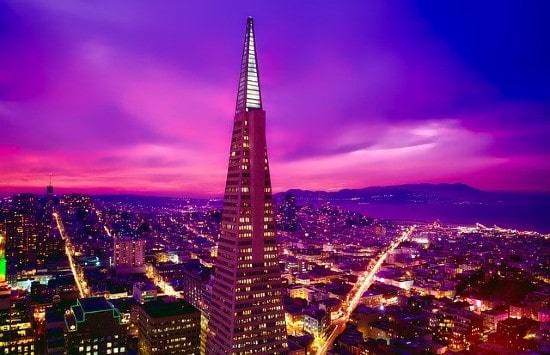 Transamerica Pyramid, the iconic skyscraper in San Francisco, has reportedly sold to a group led by New York developer Michael Shvo for $700 million by Transamerica Corp., a division of Dutch insurer Aegon, according to Bloomberg which cited people with knowledge of the matter.

”Transamerica has accepted SHVO’s offer to purchase the Transamerica Pyramid property in San Francisco for $711 million. The sale is expected to close in second quarter of 2020,” said Jay Orlandi, Chief Operating Officer at Transamerica in response to CRE Herald’s inquiry.

The 48-story and 853-foot tower, located at 600 Montgomery St. in the financial district of San Francisco, was completed in 1972. Transamerica Pyramid was designed by architect William Pereira in a Brutalist-style and brought innovation to the architectural character of the period.

Transamerica Pyramid, the triangular-shaped skyscraper and currently San Francisco’s second-tallest, was the tallest building in San Francisco for nearly half a century, until it was surpassed by Salesforce Tower in 2018.