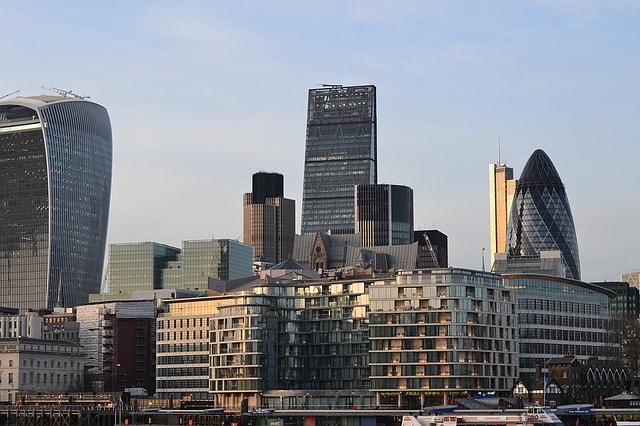 Yields on UK commercial property rose by their largest monthly amount since July 2016 in April, and are now at their highest level since 2013, according to new research from Savills.

In its May Commercial Market in Minutes report, the international real estate advisor says that the UK average prime yield shifted outwards by 25 basis points (bps) last month and now stands at 5.31% – its highest level since October 2013 – and the largest monthly change since July 2016, although this assessment is based on a much lower volume of deals transacted than in normal market conditions.

Using PropertyData, Savills reports that £808 million worth of UK commercial property was transacted in April, the lowest monthly volume since November 2008, with the majority of deals completed last month having already been in advanced states of negotiation before the UK moved into lockdown.

Savills says, however, that with the exception of the retail sector, relatively low vacancy rates should mean that pressure on commercial rents is not as intense as in the aftermath of the Global Financial Crisis (GFC). Taking the year before the previous peak it has identified that, on average, vacancy rates are 616bps lower today than they were before they started to rise around 2008. This should reassure current and future investors of relatively stable rental income in sectors with strong occupier fundamentals.

James Gulliford, joint head of UK investment at Savills, comments: “If lockdown conditions continue to relax, we expect liquidity to quickly return for prime assets as potential buyers are better able to validate their assumptions on void and rental growth. For value-add opportunities it may be a slower process as investors have to contend with more underwriting variables which have the potential to alter pricing, but there’s no reason why yields will not stabilise for sectors where occupier fundamentals remain strong.”

Kevin Mofid, director in Savills commercial research team, adds: “Justifying the continued interest from the investment community is industrial and logistics property where vacancy rates now stand at just 7%. The vacancy rate in central London offices is also 88bps lower than in 2006, while the regional office rate has fallen from 18% to 8% over 10 years. The outlier is town centre retail where vacancy rates have been rising for over a decade.”