Realstar Group announced that QuadReal Property Group has invested $1 billion to acquire a majority interest in eight of its UK assets, seven in London, one in Manchester.

Four of these assets form part of Realstar’s UNCLE branded rental housing portfolio, including its flagship 45-story tower in the centre of Elephant & Castle, as well its Stockwell, New Cross and Manchester buildings.

In addition to its investment in the properties, QuadReal is also acquiring an ownership stake in Realstar’s UK management business which owns the UK rights to the UNCLE brand.

UNCLE was founded by Realstar principal, Ryan Prince, with a mission to bring a sense of trust and decency back to the rental experience. Similar to a hotel chain, UNCLE aims to create neighborhoods in multiple locations, with varying price points in the largest global cities.

“We have worked in partnership with QuadReal and its clients as a trusted business ally for many years. However, under this new relationship they will become partners alongside us in the UK on both the brand and operations, as well as the bricks and mortar.  This joined-up approach will be a real advantage in achieving our goal to double (and hopefully triple) the size of the UNCLE portfolio over the next five years,” said Ryan Prince, CEO and Founder of UNCLE.

“Far from being dead when the pandemic passes, cities will continue to be the lifeblood of global communities. UNCLE’s locations, amenities and most importantly service offers city dwellers what they deserve for their hard-earned money.  With vaccines now approved and in circulation, we can now see light at the end of the tunnel.”

“QuadReal’s global real estate portfolio now includes over 50,000 residential rental suites.  This commitment reflects our strong conviction to the asset class.  We continue to see opportunities to improve the communities we invest in – by addressing the fundamental lack of professionally managed rental accommodation. We have a long, successful track record investing with the Realstar team and we’re extremely confident that partnering with them in the UK operating company will enhance the breadth and depth of UNCLE’s rental housing options,” said Jonathan Dubois-Phillips, QuadReal’s International President. 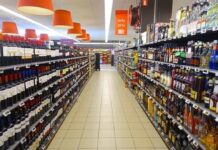 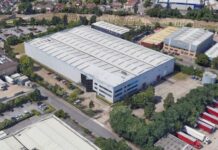 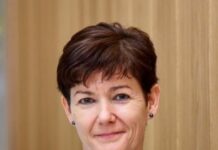