KBS announced the signing of nearly 50,000 square feet of new leases at the Salt Lake Hardware Building in downtown Salt Lake City, Utah, including a new 22,918 square-foot lease by a medical device company, a new 5,682 lease by a local tech company and the renewal of a 19,369 square-foot lease with a national energy company.

Scott Wilmarth and Nadia Letey of CBRE represented KBS in the leases.

The Salt Lake Hardware Building is a five-story, historic, Class A office building encompassing over 210,000 square feet. Situated on the periphery of the city’s Central Business District, the asset is owned by KBS Real Estate Investment Trust III.

“We’ve seen strong tenant demand throughout our entire Salt Lake City portfolio with over 100,000 square feet of net absorption in 2019,” says Rod Richerson, regional president, Western United States, for KBS. “Much of this demand is driven by new companies expanding into the market, which is evidence of the city’s booming economic growth. The region has experienced robust job growth and declining vacancy. These metrics align with KBS’ proven strategy of investing in emerging markets with strong fundamentals for future growth.”

Built in 1909, the Salt Lake Hardware Building is listed on the National Register of Historic Places. Originally constructed as a warehouse facility for the Salt Lake Hardware Company, a wholesale distributor of hardware products, the structure was completely renovated, seismically upgraded and converted to office use in 1996.

KBS maintained the original brick and timber design of the building, making the asset an attractive location for Salt Lake’s burgeoning tech sector, according to Tim Helgeson, senior vice president and asset manager of the property.

“The Salt Lake Hardware Building provides today’s forward-thinking companies with a modern and conveniently accessible workplace,” notes Helgeson. “This is a truly unique property in the city based on its history, look, and use. The design in particular is special in that it allows the building to retain all of its historic aspects while serving as a contemporary office property with state-of-the-art amenities. We’ve updated the building while keeping the original historic charm.”

The property features large floor plates which are ideal for large users but can also be broken down to accommodate smaller tenants.

On-site amenities include a café, bike storage and an atrium. The building will soon include an on-site fitness center and shared tenant conference rooms with a lounge area, further increasing the structure’s value to its occupiers, according to Helgeson.

“KBS has demonstrated great attention to detail with its renovations at the Salt Lake Hardware Building, adding in-demand amenities while ensuring the site’s architecture and history remain preserved. This has helped create a unique, creative office environment that is highly desired by today’s tenants,” noted Nadia Letey, first vice president with CBRE.

The Salt Lake Hardware Building also offers tenants several transportation amenities. Recognized as the best-served transit-oriented office project in the city, tenants enjoy walkable access to the Vivint Station TRAX line and the FrontRunner station. The property has more parking than the average downtown building, and the location allows for easy access to the freeway system.

Utah’s strong fundamentals, including low unemployment and high job growth, continue to rank among the best in the nation, according to CBRE’s Q4 office market report. The Salt Lake City-Provo office market absorbed 505,125 square feet on net in Q4 2019, with the majority of the activity coming from the Draper and Utah County North areas. 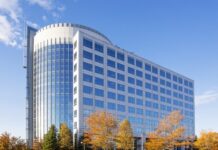 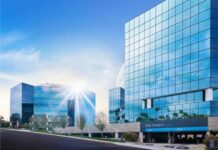 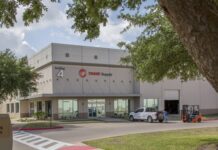 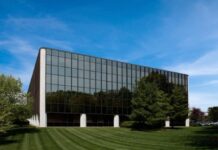 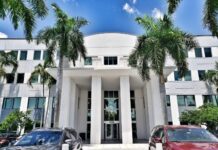