“I continue to anticipate a bright horizon for the Oklahoma aerospace industry. Substantial investments from the west coast, such as this transaction, show that the nation is taking notice of the aerospace industry’s dynamic growth in our state,” he added.

“The Boeing OKC campus is the fastest growing Boeing site in the United States throughout the past five years. With the $14.3 billion contract awarded by The Department of Defense for Boeing to service US Air Force aircraft and the first of 14 maintenance hangars for Boeing’s KC-46 Pegasus nearing completion, Boeing’s Oklahoma City workforce will continue to rise,” said senior vice president of Newmark Grubb Levy Strange Beffort, Brett Price.

Mark Beffort and Brett Price, as part of the Newmark Grubb Levy Strange Beffort brokerage team, represented the buyer and seller for this transaction. The OKC Boeing campus is located at 6001 S. Air Depot Road in Oklahoma City. 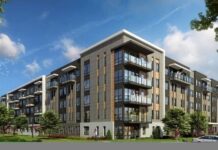 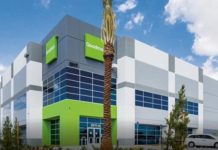