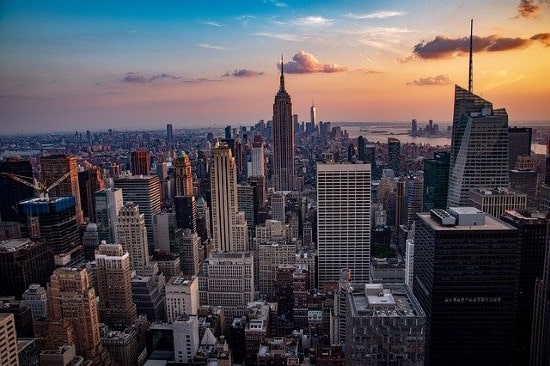 Irvine Company chairman Donald Bren is the richest real estate baron in the United States with an estimated net worth of $15.3 billion, according to the Forbes World’s Billionaires 2021 list.

Sun Hongbin, a U.S. citizen and the founder of Sunac China Holdings, followed Bren with a $9.5 billion fortune on the list.

According to the 2021 Forbes Billionaires list, Donald Bren and Sun Hongbin also ranked among real estate’s 20 richest people in the world.

Born in Los Angeles, California, Bren earned a degree in economics and business administration from the University of Washington. Following his education, he served three years as an officer in the U.S. Marine Corps.

In 1977, Bren became a member of the investment group that purchased Irvine Company from the Irvine Foundation. Bren was elected Chairman of the Board in 1983 and later became the sole shareholder.

Sun Hongbin, a U.S. citizen, is the founder and chairman of Sunac China Holdings, one of China’s largest real estate developers.

Sunac China Holdings, headquartered in Tianjin, is a listed company on the Hong Kong Stock Exchange.

Sun Hongbin is the group’s founder, the chairman of the board of directors of the company, an executive director, the chairman of the nomination committee and a member of the remuneration committee of the company. Sun commenced his real estate business in 1994 and has accumulated over 20 years of ample experience in the real estate industry in the PRC over the years.

Sun obtained a master’s degree in engineering from Tsinghua University in the PRC in 1985 and completed an advanced management program at Harvard Business School in the United States in 2000.

Stephen M. Ross is the chairman and founder of Related Companies and formed Related in 1972. Related Companies is a privately-owned real estate firm in the United States with over $60 billion in assets owned or under development including mixed-use, residential, retail and office properties in premier high-barrier-to-entry markets like the 28-acre Hudson Yards neighborhood on Manhattan’s West Side, The Grand and Related Santa Clara in California and The 78 in Chicago.

John A. Sobrato is the founder and board chair emeritus of the Sobrato Organization, a multi-generational, family-owned real öestated evelopment firm based in Silicon Valley.

His career in real estate dates back to 1958 when he began selling homes in Palo Alto at age 18 while attending Santa Clara University. He became the first salesperson in the Palo Alto Real Estate Board to be named to the Million Dollar Club.

At age 21, after his graduation with a business degree, he founded Midtown Realty, specializing in the resale of Eichler Homes. During the mid ‘60s, he expanded into commercial development working with his mother, Carl Berg and other investors. The Sobrato Development Company was thus formed over a decade before the area became known as Silicon Valley.

In 1974, he sold his interest in Midtown Realty, moved to Cupertino, and concentrated on developing industrial properties for the emerging high technology industry. Since its founding, the Sobrato Organization has developed over 21,480 million square feet of R&D and office buildings and 10,000 apartment units. Today, the firm still owns 27,870 million square feet of office and multi-family properties, 100% owned by the Sobrato Family without institutional partners.

Real estate tycoon Neil Bluhm‘s personal and professional background is well-chronicled: raised in Chicago by a single mother with modest means, as a young man he aspired to become a CPA and lawyer, working his way through the University of Illinois as an undergrad and then law school at Northwestern.

Following a brief stint as an attorney with Mayer, Brown & Platt, where he became a young partner, he co-founded JMB Realty in 1970 and began investing in real estate. Neil’s capabilities and portfolio soon expanded dramatically to include urban shopping centers and malls, five-star hotels, commercial office towers, residential projects and more. JMB became one of the largest property owners and developers in the United States.

It was Neil’s winning pitch to develop and operate Fallsview Casino Resort in Ontario that paired him with investment banker Greg Carlin in the late 80s.  They launched Falls Management Company, which developed and still operates Canada’s most successful casino. In 1994, Neil co-founded Walton Street Capital, a private equity firm.  Soon thereafter, Neil and Greg co-founded Rush Street Gaming, one of the fastest growing companies in the gaming industry.

Edward P. Roski, Jr. is the President and Chairman of the Board of Majestic Realty Co.  He also is co-owner of the Los Angeles Kings, Los Angeles Lakers, and Staples Center.

Founded in 1948 by Edward P. Roski, Sr., Majestic Realty Co. is the largest, privately-held developer and owner of master-planned business parks in the United States.

Born in Oklahoma and raised in Southern California, Edward P. Roski, Jr. graduated from the University of Southern California in 1962 with a Bachelor of Science degree in Finance and Real Estate.  He served as an officer in the United States Marine Corps from 1962 to 1966 where he was decorated for bravery with two Purple Hearts. He now resides in Los Angeles.  He has three children and eight grandchildren.

Sam Zell also founded and chaired Equity Office Properties Trust. In 2007, Zell sold Equity Office to Blackstone for $39 billion in the largest transaction to date at the time.

In his junior year in college (1961), Sam Zell started an apartment management business. Three years later, he bought his first building while attending law school. He was 24 when he graduated law school and had made about $150,000 that year (an income of about $1.1 million today).

Founder of Lerner Enterprises. Lerner has been at the forefront of commercial real estate in the Washington area for over 60 years.

Founded by Theodore N. Lerner in 1952, Lerner Enterprises is a best-in-class real estate developer and property manager, with a diverse, award-winning portfolio of office, residential, retail, hospitality and mixed-use properties.

As a vertically-integrated commercial real estate company, Lerner has extensive expertise in all phases of the development and ownership life cycle, from planning and design through development and property and asset management.

Ted begins his real estate career as a broker selling homes. Ted Lerner establishes T.N. Lerner and Co. with a $250 loan from his wife Annette.

Today, Lerner’s portfolio consists of over 20 million square feet of commercial real estate, as well as thousands of apartment units and five hotels. The company’s development pipeline includes numerous large-scale projects in Fairfax, Loudoun and Montgomery Counties, in addition to the District of Columbia.

Founder of Olen Properties. Olen Properties owns and manages over 8 million square feet of commercial space in California, Florida and Illinois, from high-rise office buildings to industrial warehouse suites and 15,000 residential units in California and four other U.S. states.

Igor Olenicoff was born in Moscow in 1942. He immigrated from the Soviet Union with his family at age 15, and eventually built up a substantial real estate empire.

As its founder and Chief Executive Officer, Rick Caruso has developed Caruso to be one of the largest and most admired privately held real estate companies in the United States.

Caruso started his career as a real-estate lawyer in the corporate finance department of one of the nation’s largest law firms.

Chairman and CEO of Hartz Mountain Industries, Inc. Hartz Mountain was founded in 1926 by his father Max Stern when he imported his first shipment of singing canaries from his native Germany to America. The company has grown from a small start in 1966 to a large regional real estate enterprise.

Hartz Mountain Industries, Inc. is one of the largest private owners of commercial real estate in the U.S.

Hartz Mountain owns and operates a portfolio of more than 260 properties primarily in major East Coast markets, including New York, New Jersey, Atlanta, Charlotte and Maryland. We also own and operate assets in Chicago and Austin. In total, the portfolio comprises more than 45 million square feet of residential, office, hotel and industrial properties.

Jeff Greene became a billionaire by buying credit default swaps on subprime mortgage-backed bonds as housing crashed. Most of his fortune is now held in equities and other investments plus real estate in Los Angeles and Palm Beach.

He bought his first house as an MBA student and rented out rooms. He had 18 properties at graduation.

Sterling owned the Los Angeles Clippers for 33 years; his wife Shelly sold in 2014 after a tape of his racist remarks to then-mistress surfaced. The Chicago-born billionaire bought the Clippers in 1981 for $12.5 million when the team was based in San Diego. It was sold for $2 billion.

H. Ty Warner was born in 1944. He is the CEO, sole owner and founder of Ty Inc. which manufactures and distributes stuffed toys, including Beanie Babies and other lines.

He is also the owner of Four Seasons Hotel New York, which he bought with profits earned selling Beanie Babies during a fad in the late 1990s.

Cohen Brothers Realty Corporation’s portfolio consists of 12 million square feet of wholly owned and passively managed Class A office buildings and showrooms of over 300 companies across the United States.

Richard LeFrak became CEO of the LeFrak Organization in 2003 when his father Sam died.The father-son team transformed the business, which started in France in 1883, into one of the largest real estate developers in the New York area.

Through its affiliates, LeFrak has more than 100 years of experience in owning, developing, and managing real property.  LeFrak affiliates have built, acquired and presently maintain one of the most extensive real estate portfolios in the U.S. With more than 400 buildings, most of them self-developed, we are amongst the world’s largest property firms and one of the few fourth-generation family developer-investor-owners.

Although the compay focuses on the residential and office sectors, LeFrak affiliates also invest in numerous hospitality and retail assets.

She heads up Solil Management, which she owns with her three siblings. Solil Management is a family owned and operated real estate investment company that has a substantial portfolio of residential buildings and commercial properties in prime locations of NYC.

Herb Simon is chairman emeritus of the board of Simon Property Group, Inc.

Simon Properties is a real estate investment trust engaged in the ownership of premier shopping, dining, entertainment and mixed-use destinations and an S&P 100 company.

Tishman Speyer has acquired, developed and operated 453 assets totaling over 210 million square feet, assembling a portfolio in excess of US $113 billion in total value across the United States, Europe, Latin America, India and China.

The richest real estate billionaires in the world

Lee Shau-Kee ranked first among the richest real estate tycoons in the world with a $31.7 billion fortune. Lee Shau-Kee is the chairman of Henderson Land Development, a property developer with businesses in Hong Kong and throughout mainland China.

The 20 richest real estate billionaires in the world ; 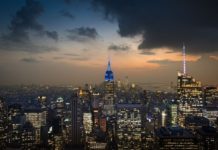 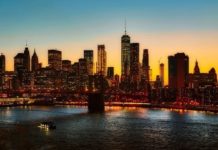 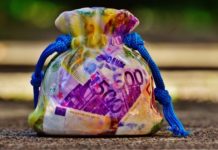 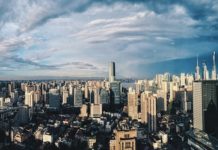