Hudson Yards, New York’s newest neighborhood officially opened to the public, marking a historic moment for the City of New York. More than 1,000 people joined in the commemoration of Manhattan’s newest destination.

One hundred notable New Yorkers from civic leaders to Broadway stars, sports icons to fashion designers, media personalities to artists, cultural principals to chefs and corporate heads gathered in in the Public Square and Gardens to take the inaugural walk up Vessel’s 2,500 steps.

Hudson Yards is an economic engine for New York City, already contributing more than $10 billion to the City’s GDP during construction and serving as a significant source of revenue to the MTA. It is expected to pay the MTA $2.36 billion during construction and $66 million annually. It will also pay almost $100 million per year in tax revenue that will be available for debt service on the bonds issued for the No. 7 Subway line extension — a truly successful public/private partnership.

The companies and buildings at Hudson Yards are expected to bring over 57,000 jobs to the new West Side neighborhood and Hudson Yards also estimates that, over the next six months, upwards of 600 new jobs will be filled by the developers and management team to provide essential services at the development, most of whom will be represented by SEIU 32BJ, plus thousands of additional jobs at restaurants and other campus businesses. 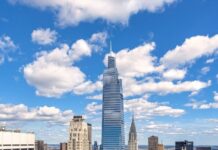 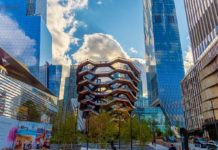 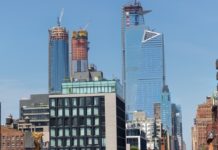